There is no Jekyll and Hyde analogy intended here. Simply put, there are really two physical and very different natures of the spirited and playful beach town on Ecuador's northern coast. 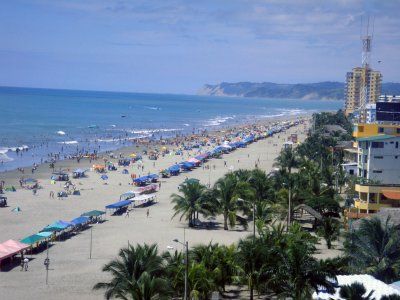 After a few days in the Ecuadorian jungle, enjoying extreme sports and nature, most travelers are ready for some time at the beach. Atacames is located in the province of Esmeraldas in the northwest corner of Ecuador and is a favorite weekend destination for residents of Quito (from where new direct bus service has been opened) because of the party atmosphere it offers throughout the year, especially during high season in July and August. Others use it as a hub to visit nearby beach towns such as Same and Tonsupa.

Atacames offers a wide variety of accommodations. This Ecuadorian beach town is perfect no matter what your budget is, and food options (mainly seafood) are very accessible. I'd recommend you stop for a coconut milkshake beside the beach right after you arrive to combat the heat of the tropical environment – this city can get warm! During rainy season (December - April) temperatures get up to 90 degrees Fahrenheit or 32 degrees Celsius. However, the weather is way more enjoyable than other beach towns I have been to.

Visiting Atacames was not in my initial plans, but something in the back of my mind kept telling me I had to. Keep reading to find out why this town became my hub for further adventures.

What's so appealing about Atacames?

Atacames is bustling with celebration year-round, and it's infectious. But depending on which side of the river you're standing on, that could be the tourists partying on the Atacames beach, or the locals dancing it away in town. To get from town to beach takes as little as 30 seconds walking over a bridge, but the difference feels remarkable and appeals to something in each of us that wants a little bit of this and then a little bit of the opposite.

I was heading south from San Lorenzo, the infamous border town, just a few miles away from Colombia – you can read more about cross-border options between Colombia and Ecuador here). I knewAtacames was a magnet of Ecuador beaches, but enjoying the more laid-back rural getaways in between like Las Peñas and Río Verde. I needed to reserve some energy for Atacames because it is preceded by a reputation for being a bit electric, wired by happiness and gratitude to be away from the drudgery of work and enjoying drinks, dancing, and waves instead.

Most of us get there by going through the capital of the province, Esmeraldas, and then south for another 45 minutes to Atacames. The majority of buses from Quito or Guayaquil, and even coastal cities like Manta, go through the inland hub of Santo Domingo de las Tsachilas, then northwest to Esmeraldas. However, while it takes longer, it is possible — and very much worth it — to meander directly up or down the coast. 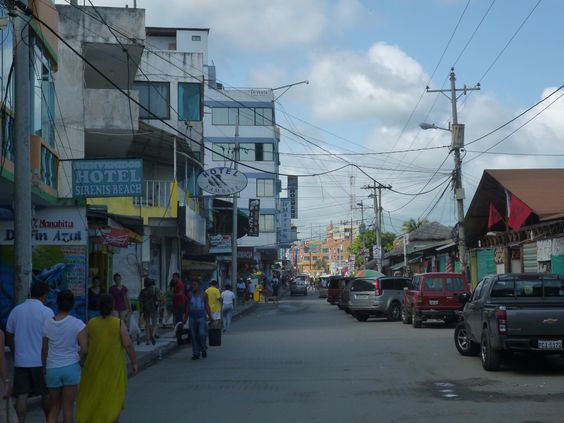 As I ambled into town, a palm-lined beach was nowhere to be seen, but there was plenty of action. Fruit stands, cyber cafes, ample hotel infrastructure, banks, hardware stores, and offices of many transport companies were all tucked around each other in a comfortable and convenient atmosphere.

This, I didn't know immediately, is town-side Atacames, and this is where you want to stay if you're looking for both hotel and restaurant bargains and a little more peace and quiet. The town side is laid out in a pretty easy-to-understand grid, and walking down the streets you will run into a number of small family-run hostels and hotels for $10-20/night, with cable TV and clean rooms and showers. Since the townfolk sleep at night, so will you also be able to do it!

But of course, I didn't come all the way to Atacames to not see some sand. So I set out and watched the ant trail, so to speak. The town streets all funnel down to a point at a brackish river, over which arches a walking bridge. As I walked over, I could start to hear the party music blaring. Stretched out before me was the "other" Atacames, yet a whole different pueblo spread out on a glorified sand bar jam-packed with high-rise hotels, bars, restaurants. This is the side where most tourists come to stay and play, for the beach is just a few blocks away at most.

Certainly enough, fun and revelry showed itself in full force on the Atacames beachfront, with every square inch of space filled with sun-lovers, swimmers, kite flyers, all supported by countless juice bars, cabana restaurants, a market walkway offering handicrafts, and backing that up a full complement of hostels and hotels. The cost of being this close to the fun and sun is about double what you pay on the town-side just a few blocks away, and you might not be getting many winks of sleep. But then again, sleep is not why many come to Atacames in the first place. 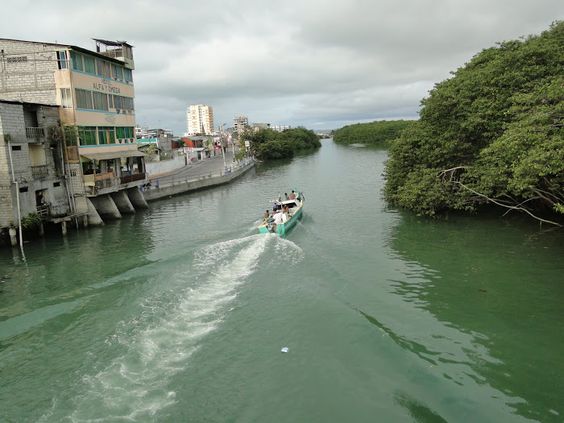 What about if you want something of a compromise between town-side and beach-side. Yes, you can do that, and I would recommend scouting for hotels and restaurants close to the bridge on the beach-side of the river. Here the pace is noticeably calmer, reflecting the laziness of the lagoon, and the streets have a hint of European charm.

What next? Atacames is the hub to other cities and towns!

There is no central bus terminal in Atacames, but bus companies have their individual offices scattered around the town-side, departing to Quito and Guayaquil mostly at night, and of course Esmeraldas all throughout the day. However, if you are wanting to take the coastal route south to other beach towns like Muisne and Pedernales, you need to make your way to the "town triangle," the junction of streets where there is a small plaza of people waiting for passing buses. These all go down the coast to the other very nearby beach towns (just five to ten minutes apart) of Sua, Same, and Tonchigüe, and then to the highway junction town of El Salto. From El Salto, you can then transfer to go west to Muisne or further south to Mompiche, Cojimíes, Pedernales, and more. 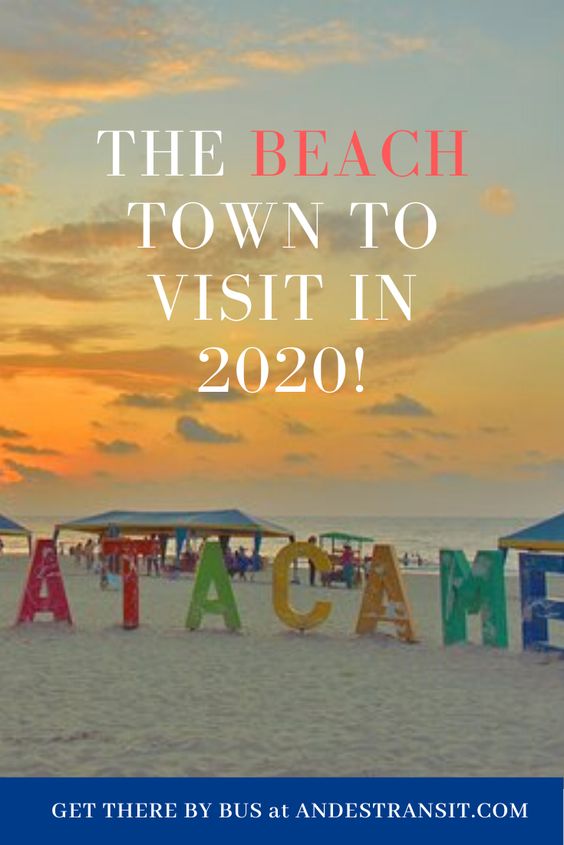