Mompiche it is not. Atacames it is not. And that's a good thing! Roughly halfway between those two popular spots on the Ecuador coast, Muisne provides none of their expense, pretense, or loudness, but instead a huge beach and heaps of sublime peace.

As I headed down the highway from Atacames, I could feel the sweet tranquility of Muisne long in advance. The calm breezes coming in through the bus window kissed my brow enough to let me drift off to sleep.

My journey to this paradise of a beach

Less than two hours later, descending down the rolling pastoral hills above the Río Bilsa, we rolled into the dusty one-street, land-side of Muisne, where the various bus companies have their stations and there are a few other businesses, and the fishermen dock to load their catch onto trucks.

There were one or two hotels right around, too, but the land-side isn't at all the destination. Right at the end of the street is a new pedestrian bridge across to the island. But I opted to check out the water taxis (30 cents) that take passengers five minutes across the Río Muisne to the island of Muisne, which is where the main town sits lined with decaying pastel-colored art deco buildings, recalling an era of the city's history forgotten by time. 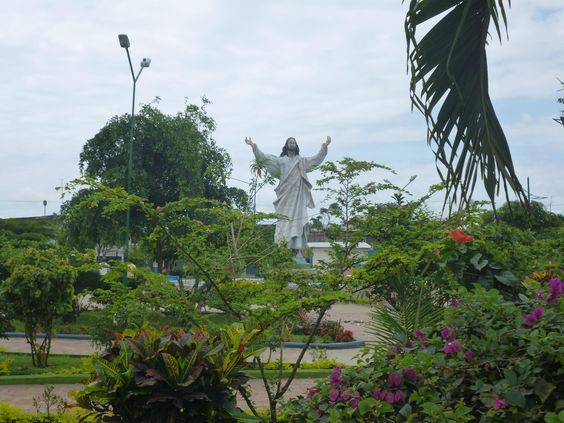 The streets were mostly muddy from the rain, or just unpaved because who needs pavement on an island?

At first, the decay of the town disturbed me. Several buildings were about to fall over on themselves or had been abandoned, and nobody seemed to care. But then I remembered you can't find "diamonds in a rough" without the rough.

Moto-taxis (motorized rickshaws) parked around the streets were hawking to me "hotel, hotel, la playa, la playa". I'm always reluctant to accept any offers until I can first scope out things by foot, so I waved them off and just trusted my instincts to keep walking west, as I couldn't see myself staying in anything I was immediately looking at. It was just too sad and grim.

Rather quickly, the road turned from mud to sand, and the chatter of the city faded away. Houses were more spread out, separated by large empty lots or patches of farmland, with the edge of the mangrove just a stone's throw away.

I zig-zagged down one lane and another, but keeping a westerly direction, and saw that once in a while a moto-taxi would pass by carrying passengers the same direction, so I figured I must be going somewhere towards something.

The peacefulness of the place, even in its rural decay, was already producing a hypnotic spell on me I would not be able to forget.

Eventually, I spotted the road emptying out on to the beach in front of me, with the always comforting and familiar sound of the sea. This was the Muisne worth the wait and the walk, but you have to push yourself past the initial encounters and press on! 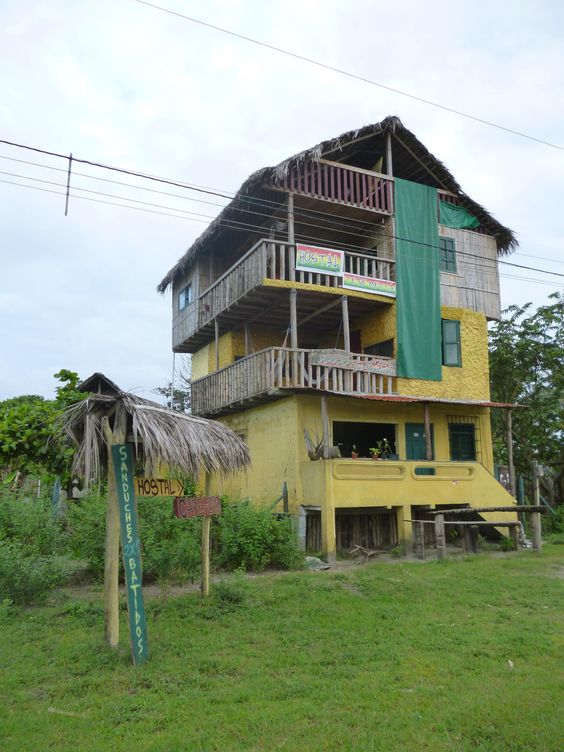 Several laid-back hostels and cabanas are sprinkled between the beach and the backside of the beach, where I wanted to stay as it would be less frenetic, but only a block away from the fun.

I walked up to Té de Menta and was greeted warmly by the owner, an Esmeraldeña woman who saw me to my room perched in a lookout tower to catch the ocean breeze. She then invited me downstairs again where, as the name of her place implies, served me mint tea and cool squash all straight from her garden. It was the nicest touch of hospitality I can ever remember: earthy, humble, sweet, and satisfying; the perfect thing to wash off all my doubts and concerns. This was heaven.

Muisne is the type of place where not only are shoes not required, you feel a bit ashamed for wearing them at all. Neighbors and travelers alike don't distinguish much between outdoors and indoors, and rather waltz around and linger in the fields, the front doorsteps, or the shade of a palm. Passing time seems to be the definition of what we live to do, nothing more.

So I went down to the beach, and after lunching on some ceviche and patacones (deep-fried plantain), I took a plunge into the ocean and found the waves to be everything that all the other beaches of Ecuador are, and even more. Waves that massage your back and sand that licks your toes, neither hot nor cold, neither crowded nor isolated. Just perfect!

How could such an idyllic place be so under-visited, I wondered?

Why did nobody tell me about this hidden gem?

Well, in talking to folks over some more shrimp and freshly made coconut juice, I got a clearer sense of the social history of Muisne. Its prime and fairly isolated beach route had made it a target for narco-trafficking where drug runners would, fearing the detection of police on the land highways, walk up the island beaches with their stash on their way to Colombia or back. This contributed to the implosion of the island's residential living and is why so many of the houses had burned to the ground or fell to neglect.

Those days are largely over, but Muisne's beach is still not a place to be hanging out at night. Not that you could really do that anyway, as it's unlit and all businesses pretty much shut down at 9 p.m. when the sun last rays disappear. The hostels are pleasant places to retreat and read the novel you've been trying to finish or listen to the animals in the mangrove start their nocturnal chorus.

Some activities while on Muisne

Around Muisne, which is a larger island than most others on the coast, there are several opportunities for mangrove tours and boat rides, fishing, and long interrupted beach walks with nothing but the lapping waves as your company.

I woke earlier in the morning than the other guests to be on my way south to Pedernales. Some guests were soundly asleep in a tent in the garden, and the back door to the main house was locked. So I shuffled around to the side garden gate to see if I could go in through the front door to leave my key. 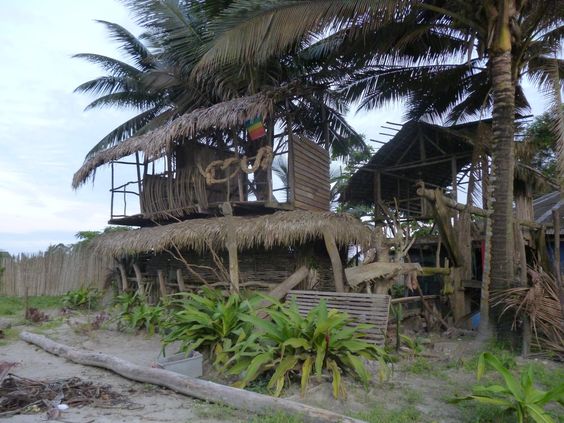 To give you a sense of the spirit of Muisne, while the front door was locked, all the front windows were wide open to let the breezes come in. I tossed my key through the open porch window onto the kitchen table and padded off back down the sand road, greeted by a cat who saw to it to escort me all the way back to the town.

There, more were going about their morning business, including the water taxi who took a couple of us on board and slid us back across the river to catch the bus up to El Salto, the intersection 30 minutes away from where you can go either north to Atacames or south to Chamanga and Pedernales. If you are looking for something more private, then look for a private shuttle from either Atacames or Esmeraldas.

For all you seekers of bliss, Muisne is the spot not to miss! 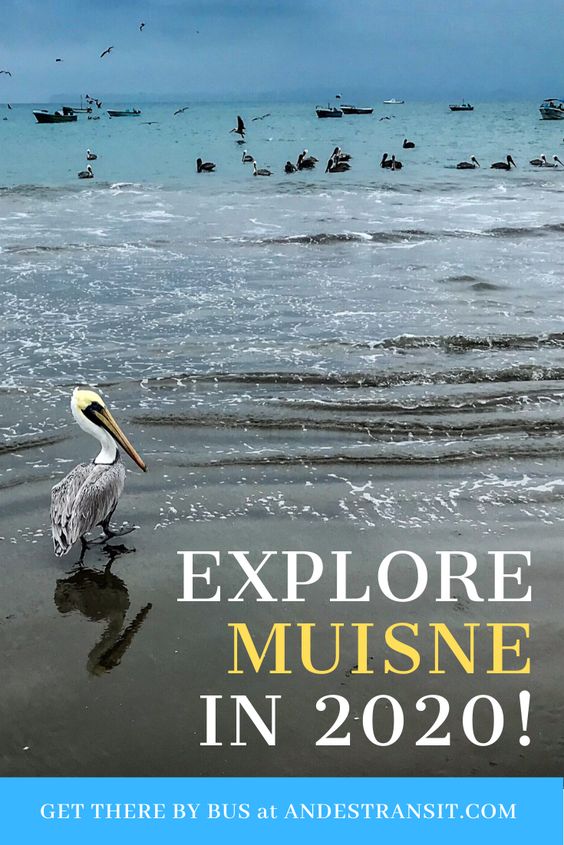