12 Fun and Free Things to Do in Montevideo

Uruguay, like Chile, can take a hit on a traveler’s wallet, especially in the capital city, Montevideo. But as in Santiago de Chile, you can find plenty of places to check out – for nary a cent!

The República Oriental del Uruguay (Eastern Republic of Uruguay) is a small country east of the Uruguay River, wedged between Argentina and Brazil. Historically and culturally, it shares much with both countries – and it packs in a lot in such a small area. Uruguay has gauchos, lots of European immigrants and tangos (some even claim that legendary tango singer Carlos Gardel was, in fact, Uruguayan) … and it has Brazilian-styled Carnaval, candombé drum-dance troupes and religious traditions rooted in Africa. These come together in Montevideo, which has the cosmopolitan feel of Buenos Aires (just on the other side of the Río de la Plata) and the joie de vivre of Brazil.

In Montevideo’s humid, warm summers (December-March) you can enjoy the city’s many parks and 15 kilometers of white sand beaches – and join in the seasonal festivities. But when the thunder-bumpers come rolling in during those months, or when the icy sleet falls in winter (June-October), you can take refuge in one of Montevideo’s many museums. 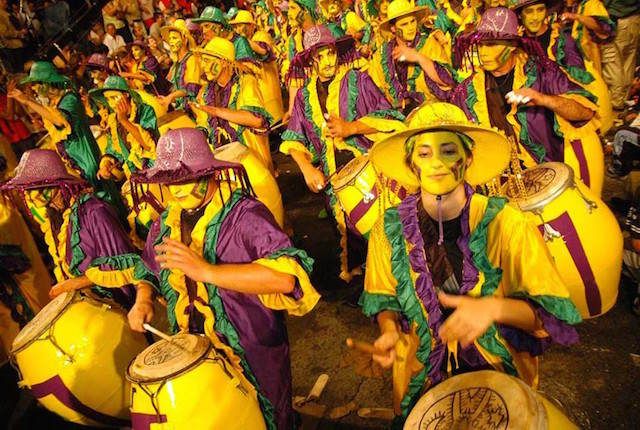 Montevideo’s super-popular Carnaval is said to be the longest in the Americas. Running from mid-January to the beginning of March, the festivities include llamadas (processions of drum troupes beating out candombé rhythms rooted in Africa), samba dancing and murgas (comedic dance troupes focused on socio-political issues). The party goes on in 16 Montevidean neighborhoods, the most famous being barrios Palermo and Sur in the historic center of the city. 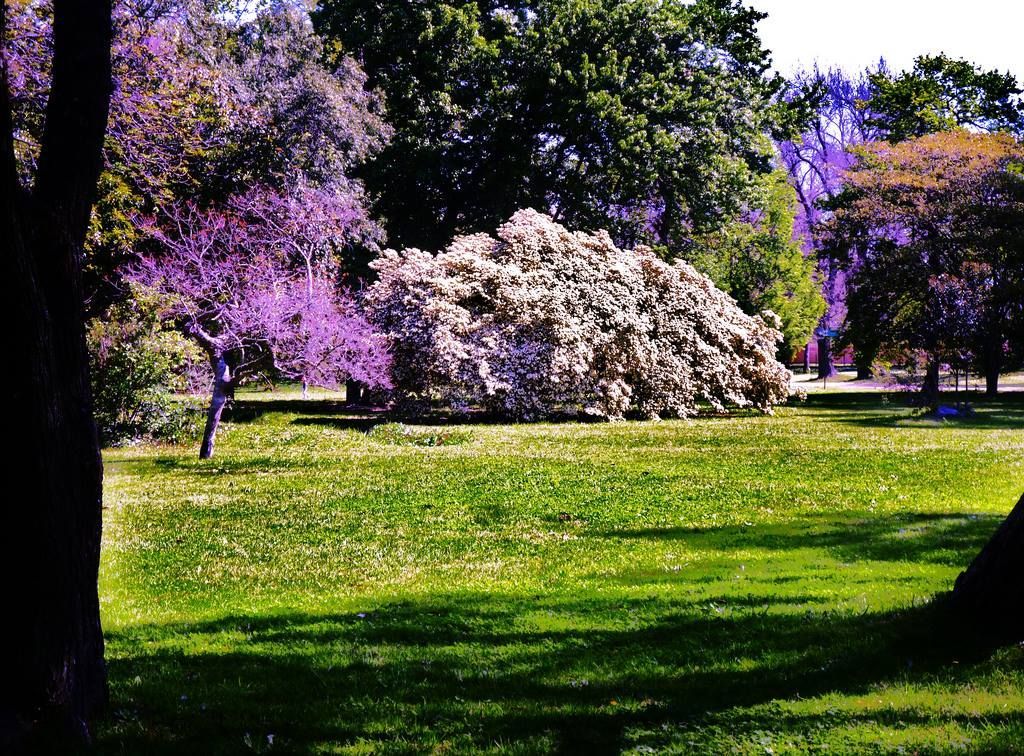 Although Montevideo is a pleasant city through which to walk, you may find an escape into nature at El Prado. Originally the Buen Retiro estate of José de Buschental, this 106-hectare park on the banks of Arroyo Miguelete includes statues of notable Uruguayans, the Jardín Botánico (Botanical Gardens), Museo Blanes and other attractions. The tree-shaded paths are delightful to stroll along, especially on a sultry summer day. 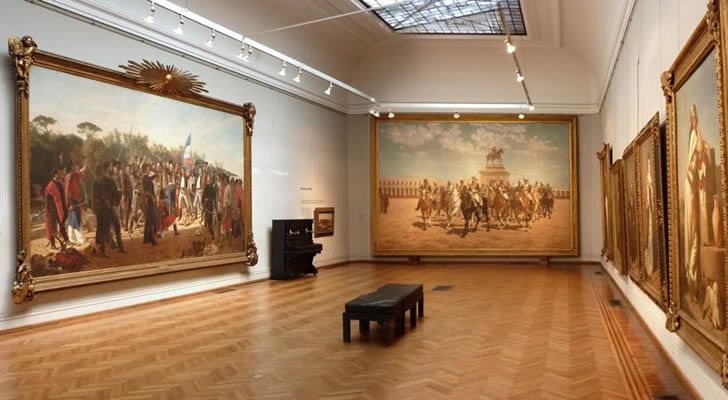 While you’re hanging out in El Prado Park, be sure to stop into the Museo Blanes. Within the walls of the estate’s former mansion, you’ll find six large galleries housing the permanent exhibits of the works of Uruguayan painters Juan Manuel Blanes and Pedro Figari, and temporary exhibits. The museum also offers a library, shop and educational workshops. 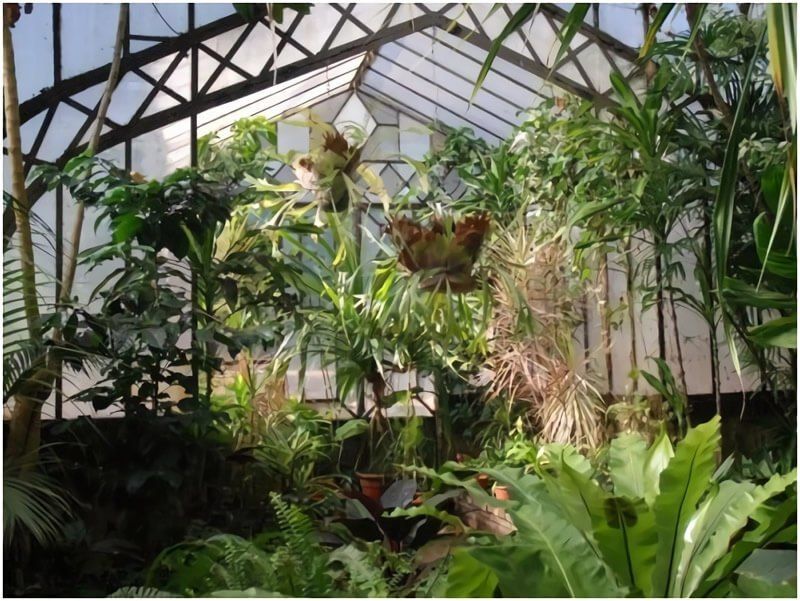 Another place to escape the city vibe is the Museo Jardín Botánico Profesor Atilio Lombardo. This botanical garden, the only one in the country, includes native plant species and those from around the world. The botanical garden also offers courses and workshops on several plant topics. 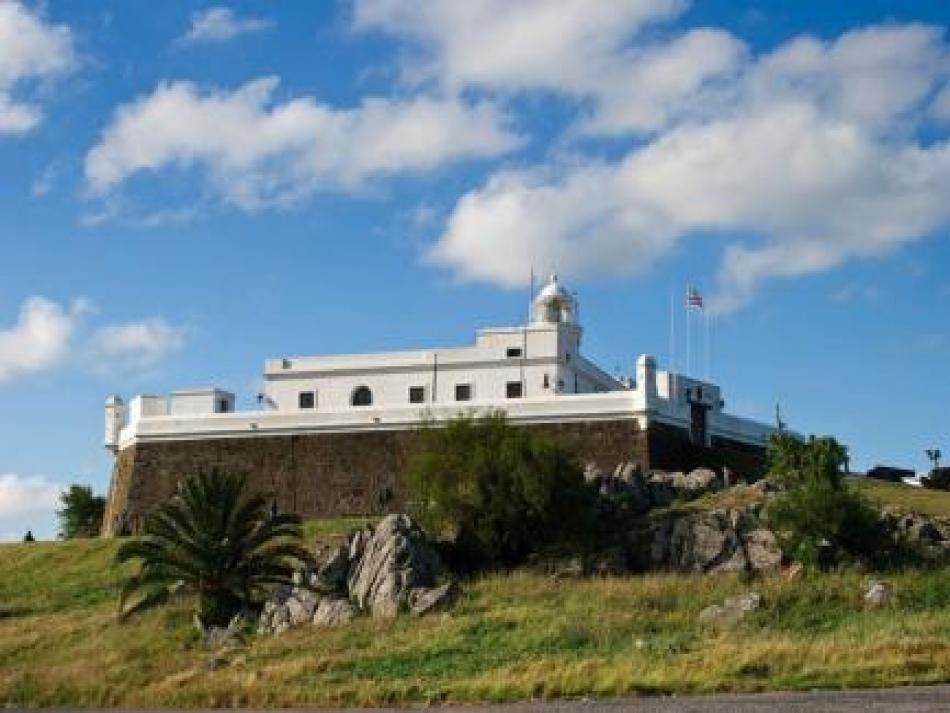 If you want a bird’s eye view of Montevideo and the Río de la Plata, then head to Forteleza del Cerro. Located on the highest point of the city (134 meters / 440 feet a.s.l.), this Spanish fort was the last of three to be built (in 1809) to protect the port. During its long history, it has been a watchtower, leper hospital, and military prison. The complex includes a lighthouse (faro) and the Museo Militar General Artigas (named for the famed Independence general; entry: 40 pesos / $1.25 US, hours: Monday-Friday 10 a.m.-4 p.m., Saturday 10 a.m.-1 p.m.). Sunsets are beautiful from this vantage point. 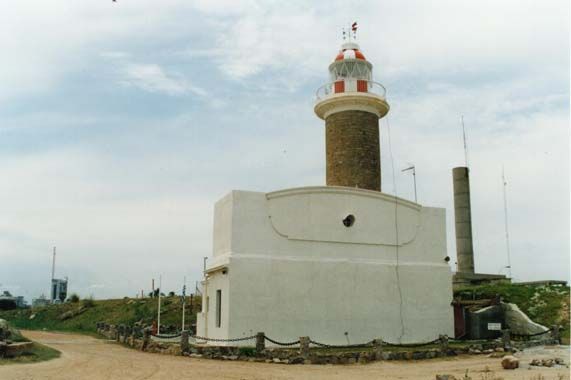 Punta Brava is another wonderful place to head to for views over the harbor and spectacular sunsets. Punta Brava is one of the most exclusive areas of Montevideo (even the Club de Golf is here!) If you want to dip into your pockets, check out the seafood restaurants in the area – or just pack a picnic! Atop the rise is the Faro de Punta Carretas lighthouse (entry: 25 pesos / $0.25 US) which continues to light the coast at night. Punta Brava is the southernmost point of Uruguay.

Rambla Gandhi, then a five-minute walk down a vehicle/pedestrian path 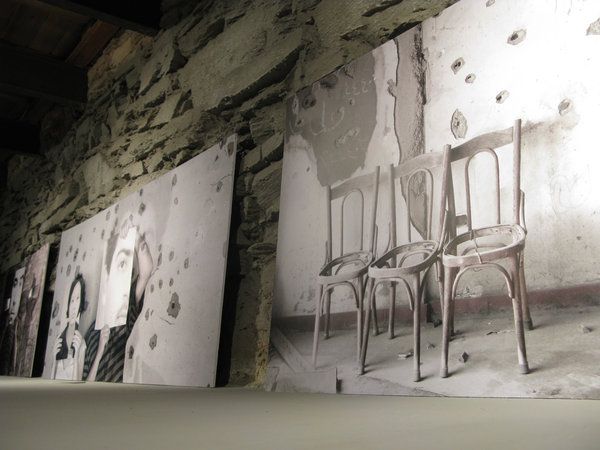 Even though Uruguay has a history of being a progressive country (it was among the first in the world to guarantee workers’ rights and welfare programs in the early 20th century – and major human rights advances in the 21st century), it also has its dark moments of history. One of these was the civilian-military dictatorship that gripped the country from 1973 to 1985, the history of which is preserved in the Museo de la Memoria. Located in the mansion of 18th-century military dictator Máximo Santos, the museum includes permanent and temporary exhibits, and hosts conferences and cultural events. Free guided tours (in Spanish) of the general collection are given Wednesday and Saturday at 4 p.m. and of the “300 Carlos” detention and torture center the second Saturday of each month at 9 a.m. and 4 p.m. (previous inscription necessary: museodelamemoria@imm.gub.uy, Tel: 2355-5891). 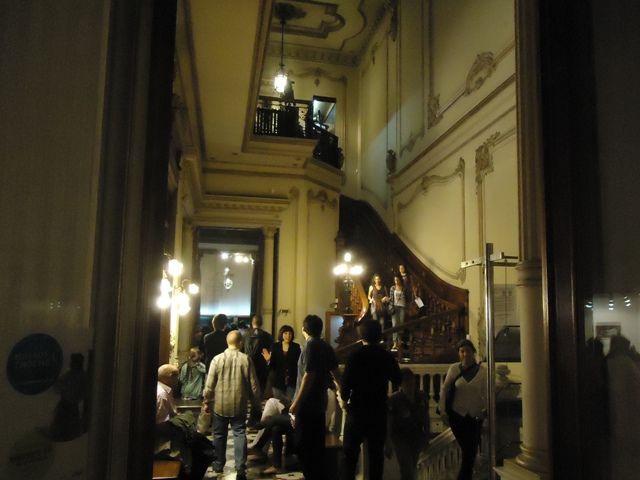 Gauchos aren’t limited to Argentina – Uruguay also has a long tradition of these pampa cowboys. You can learn about their role in Uruguayan history and culture at the Museo del Gaucho. On display are statues, paintings, and Gaucho items like horse riding gear and a large collection of utensils for drinking yerba mate (still a very popular drink in Uruguay) made from common materials to silver. This elaborate Italo-French mansion also includes a numismatic (currency) museum. 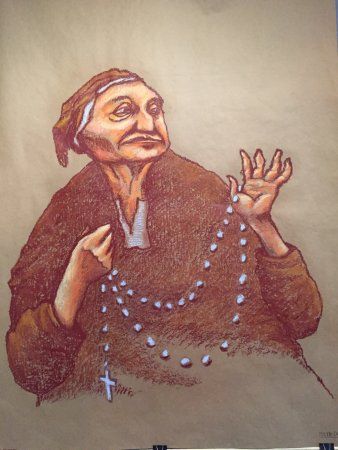 Montevideo is a melting pot. Its people are descendants of those who immigrated from Europe, the Middle East, and Africa. You can learn about their contributions to Uruguayan culture and history at the Museo de las Migraciones. The museum is in an art deco building built atop the old fortification walls of the Spanish colonial city. Museo de las Migraciones also offers lectures, workshops (including cooking classes!) and other events. 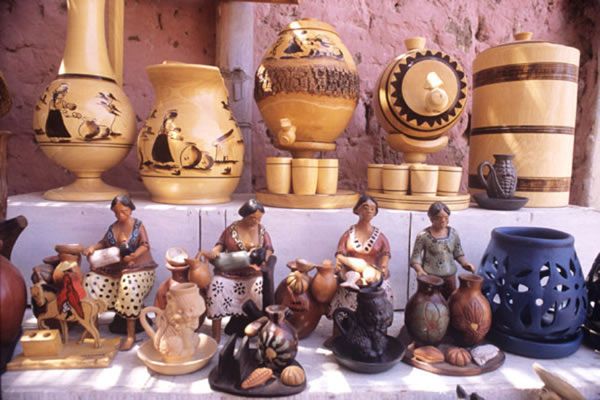 When you think of Uruguay, gauchos, and Europeans immigrants come to mind. But there are also indigenous peoples in this corner of South America! At MAPI, you can learn about the country’s indigenous culture and history, from before the conquest and into modern times. This museum also houses items from Mesoamerica and South America, including a collection of pre-Columbian instruments. The Museo de Arte Precolombino e Indígna does have an entry charge (130 pesos or $3.75, free for retirees and children under 12 years of age), but it is FREE every Monday! You can download tours in a variety of languages from its website. 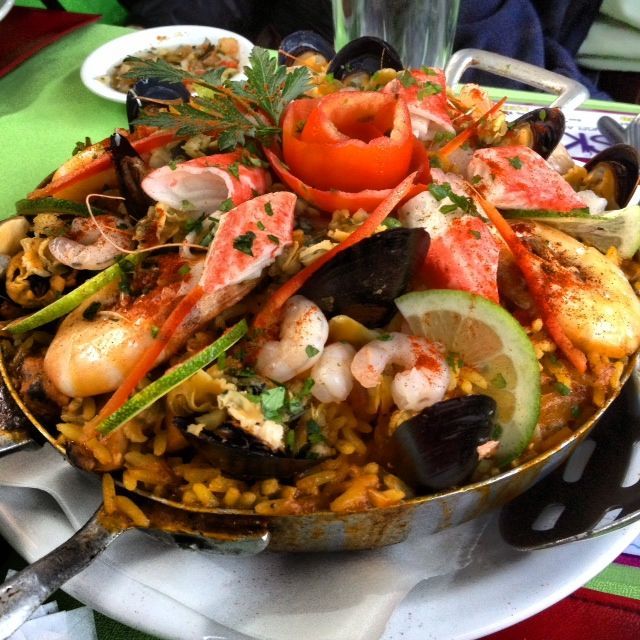 Mercado de Abundancia is Montevideo’s oldest market and a historical monument. Established in 1859, the present building of steel and glass was designed by Leopoldo Peluffo. You can spend a good while here scoping out not only fresh produce but also artisan crafts, tango shows and theater – and great local cuisine! (Be sure to try a chivito, a unique Uruguayan sandwich piled high with everything under the austral sun!)

Teatro Solís is Uruguay’s premier theater. It is not only the frequent home of the Orquesta Filarmónica de Montevideo, but also presents opera, theater, jazz, classes, and scholarly lectures. Guided tours are offered Tuesday-Sunday 11 a.m.-noon (90 pesos / $2.60 US; in Spanish, French, English, Portuguese) – but here’s the good news: on Wednesdays, the tours are FREE! The theater also has a shop and a café.

Other museums to discover

Montevideo has many other museums to check out – though not all are free. Some of the more unusual ones are:

Lorraine Caputo is a travel writer, poet, and translator. She has authored ten guidebooks for South America. Her literary works appear in over 150 journals in Canada, the US, Latin America, Europe, Asia, Australia, and Africa; 18 anthologies and twelve chapbooks – including the collections of travel poetry, Caribbean Nights (Red Bird Chapbooks, 2014) and Notes from the Patagonia (dancing girl press, 2017). For more than a decade, she has been traveling through Latin America, listening to the voices of the pueblos and Earth. Follow her travels on her Facebook page. 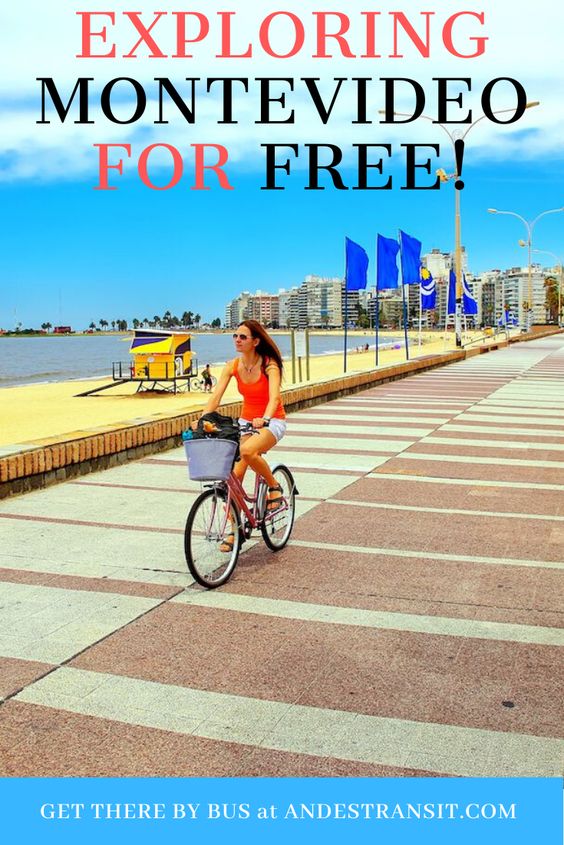