10 Fun and FREE Things You Can Do in Lima!

Whether you are spending a few days in Lima, or have to spend the day there before catching the next bus, Peru's capital offers you a cornucopia of FREE things to do and see. Here are 10 ways to spend the time – and spend nary a cent (except for city bus fares) in “La Ciudad de Los Reyes” (City of Kings).

Lima is a sprawling city. Its metropolitan area, stretching 60 kilometers (37 miles) from north to south and 30 kilometers (18 miles) from east to west, includes over 40 suburbs, making it the second-largest city in South America after São Paulo, Brazil. The most popular 'hoods for travelers are the Historic Center (Centro Histórico), Miraflores and Barranco. The Metropolitano rapid-bus system connects these three neighborhoods, as do a bevy of city buses.

Note: Many museums are closed daily from 1 p.m. to 2 p.m. as well as all day Monday. The Plaza de Armas is Lima’s historic heart. Located a few blocks from the Río Rímac, this has been a seat of government and religious power since at least Incan times. Since the city’s Spanish founding in 1535, the Plaza de Armas has been home to gallows, a market, a bullring and now is the center of a UNESCO World Heritage Site. Amidst the plaza’s palm trees is a circa-1650 bronze fountain.

On the north side of the Plaza is the Palacio del Gobierno (Jirón de la Unión s/n). Designed in a Baroque revival style (1926-1938) by Ricardo de Jaxa Malachowski, it occupies the site where Spanish conquistador Francisco Pizarro’s palace had stood. Every noon is the changing of the guard to the tune of “El Cóndor Pasa.” If you don’t have time to reserve a spot in a guided tour (Tel.: 311-3908), then you can visit virtually at their website.

The Plaza de Arma’s east side is occupied by the Catedral (Calle Gradas de la Catedral, a.k.a. Jirón Augusto Wiese). Pizarro himself is said to have laid the first stone in 1535. Due to earthquakes, it has been rebuilt several times. Within are buried a number of notables, including Pizarro. The church also is home to the Museo de Arte Religiosa (Monday-Friday 9 a.m.-5 p.m., Saturday 9 a.m.-1 p.m. Entry: S/.20). Next to the cathedral is the Palacio Arzobispal, with a neo-Classical façade accented by Andalusian-styled, enclosed wooden balconies. While many of Lima’s premier archaeology and art museums are quite pricey, there is one where you can have a well-rounded sampling of not only archaeology and art but also numismatics (money) – all under one roof – and for FREE! Located just a few blocks from the Plaza de Armas, Museo del Banco Central de Reserva (Museo BCRP, Central Reserve Bank Museum) has ceramic, textiles and gold from Peru’s major pre-conquest indigenous nations. Also on display are Peruvian paintings from the 19th, 20th and 21st centuries. In another gallery are popular artisan crafts from different regions of the country. The museum even has a Cine Club! During the 19th and 20th centuries, many Chinese immigrated to Peru as indentured servants – and so it isn’t surprising that Lima has a full-fledged Chinatown. A red Chinese arch marks the entrance on Jirón Ucayali. Chinese (and Spanish) signs deck all the shops, where Chinese merchandise and medicines are readily available – heck, you can even get your Chinese horoscope read to you! If you happen to be in town at Chinese New Year, you can catch the dragons dancing through the streets. While down in this part of town, be sure to have lunch at one of the chifas (traditional Chinese restaurants – Salón de la Felicidad at Jirón Paruro 795 is excellent). The gardens and former home of Latin America’s first native-born and Peru’s patron saint are now a shrine (Santuario). Her adobe hermitage is preserved, as are the rooms where she healed the sick. All signs are in English and Spanish. Before you leave, be sure to join the pilgrims who come here to drop a note into the well, asking for her intercession in some matter (for you, it could be a safe journey!). While in the neighborhood, pop across the street to visit the once-home of America’s first saint of African descent, Saint Martin of Porres. After hours on a bus, hiking from Miraflores to Barranco may be just the thing you need to stretch your legs. Along the coastal cliffs wends the six-mile (3.6-kilometer) Malecón (or, shall we say, several malecones: Cisneros, de la Reserva – a.k.a. Armendáriz – and 28 de Julio – a.k.a. de Los Franceses). Beginning at the blue-and-white-striped Faro de la Marina, a series of paths connects city parks until it reaches Barranco. Some of the highlights along the way are Gaudí-esque Parque del Amor (with the sculpture “El Beso” by Victor Delfín), Larcomar shopping center, the sculpture “Intihuatana” by Fernando De Szyszlo, and the Eduardo Villena Rey pedestrian bridge. You can watch paragliders launching from the cliffs, surfers riding the waves down below or the sunset over the ocean. It takes about an hour to walk it. Once upon a time, Barranco was where Lima’s wealthy had vacation homes. Today, it is a bohemian neighborhood, complete with nightclubs, and ethnic and vegetarian restaurants. Nonetheless, it still holds a small-town charm.

Start off in the Parque Municipal, enjoying the shade trees and people watching. On one side of the park are sidewalk cafés, and on the opposite, the crimson-colored church.

On the west side of the park is the walkway to the Puente de Los Suspiros (Bridge of Sighs). Legend says, upon crossing the bridge for the first time, if you make a wish and cross it without taking a breath, your desire will come true. At the end of the Puente is the Hermanita, a small chapel built where fishermen lost in sea fog had seen a cross that guided them to shore. In days of old, fishermen and travelers would stop to pray for safe journeys.

The path then winds around and joins the Bajada de Los Baños, a cobblestone lane lined with restaurants and bars. The bajada ends at the seashore where – if the water is warm enough – you can take a dip. Just south of Barranco is Chorrillos which had been another popular resort town for the rich and famous during the Colonial and Republican eras. Take a stroll along the Malecón where some of the old mansions still stand. Along here are Playas las Sombrillas and Agua Dulce, as well as several yacht clubs.

At the point at the end of the Malecón is El Morro Solar hill, where the giant Christ of the Pacific statue was erected for Pope John Paul II’s visit. Also atop this hill is a small chapel, Santuario Virgen del Morro, as well as the city's planetarium and observatory (Hours: 2nd and 4th Saturday of each month, 11:30 a.m. - 2:00 p.m. Check their website: here. Entry: S/.8). Rounding the point is the fancy El Salto del Fraile (The Friar’s Jump) restaurant. You may be lucky and see the monk who reportedly flies off the cliff there every Sunday afternoon. Callao, Lima’s seaport and airport, is a historical city with the beautiful La Punta neighborhood where Italian immigrant homes are now on the national historical registry and line the promenade. On the south side of this peninsula is Humedal Costero Poza de la Arenilla where dozens of species of migratory birds may be seen. Many inexpensive seafood restaurants are nearby. Everywhere you go in Lima, you can bump into Peru’s native son, the Nobel laureate author Mario Vargas Llosa. Choose a neighborhood – Centro Histórico, Miraflores, Barranco or even others – and you will find places associated with his life and his novels. A 70-page booklet provides information about all the sites, as well as maps, so you can guide yourself through Vargas Llosa’s world.

10. Surfing: A free activity for everyone Let’s go surfing now – go on a safari with me! As strange as it may seem, Lima’s beaches are world-renowned for surfing. In fact, as early as the 1960s, they were so famous that The Beach Boys gave Cerro Azul a nod in their song, “Surfing Safari.” And this Andean country has produced world champs Sofía Milanovich and Fernando “Wawa” Paraud.

So, sit down to a wonderful seafood meal at a rustic beach eatery and watch the surfing action until the sun sets over the Pacific. If you want to spend the night or learn to ride the waves, each village has accommodations and surfing schools.

Lorraine Caputo is a travel writer, poet, and translator. She has authored 10 guidebooks for South America. Her literary works appear in over 150 journals in Canada, the US, Latin America, Europe, Asia, Australia and Africa; 18 anthologies and 12 chapbooks – including the collections of travel poetry, Caribbean Nights (Red Bird Chapbooks, 2014) and Notes from Patagonia (dancing girl press, 2017). For several decades, she has been traveling through Latin America, listening to the voices of the pueblos and Earth. Follow her travels at her Facebook Page. 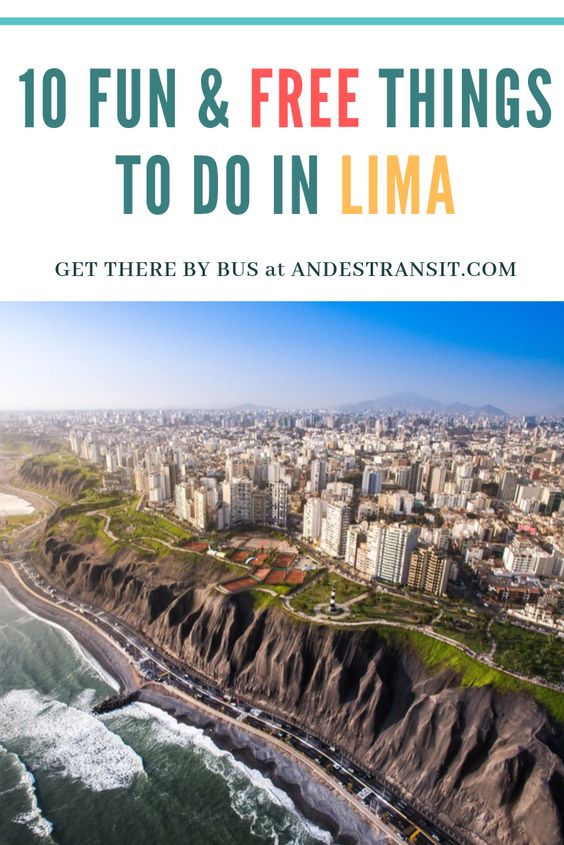